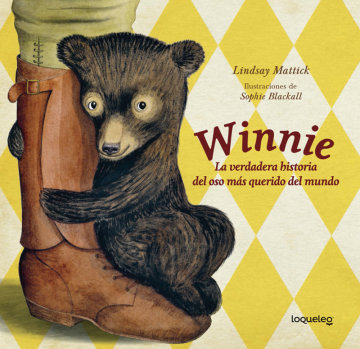 Finding Winnie: The True Story of the World's Most Famous Bear

Before Winnie-the-Pooh, there was a real bear, rescued by Captain Harry Colebourn on route to World War I, and later was befriended by the real-life Christopher Robin. Told by Colebourn's great-granddaughter, illustrated by Sophie Blackall, and complete with primary documents from the family archive, here is a piece of our literary heritage brought to life.