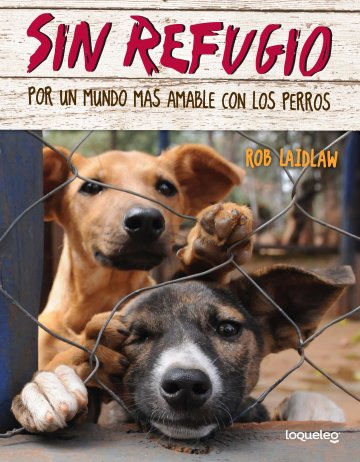 No Shelter Here: Making the World a Kinder Place for Dogs

Dogs have been loyal to humankind for thousands of years. We cherish them as companions, groom them as show dogs and depend on them as working partners. But today, millions of dogs are neglected and malnourished. And millions of other dogs are used in scientific research and for entertainment, and kept as pets in a remarkable diversity of conditions. Animal advocate and chartered biologist Rob Laidlaw explores the world of homeless, free ranging, mistreated, and exploited dogs, and the challenges they face. But more importantly, he focuses on the people he calls “dog champions”—those individuals, small groups and professional organizations around the world who dedicate their lives to helping dogs. Enhanced with photos, informational sidebars and inspiring good-news stories, this book will galvanize young readers to become Dog Champions in their own communities.