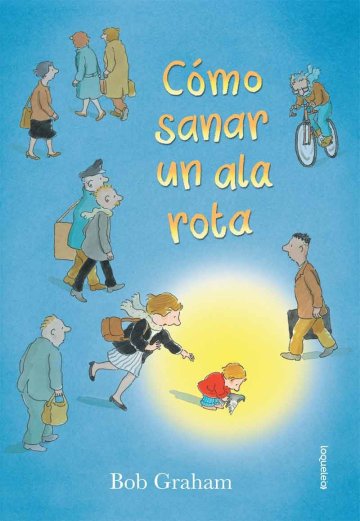 In a city full of hurried people, only young Will notices the bird lying hurt on the ground. With the help of his sympathetic mother, he gently wraps the injured bird and takes it home. In classic Bob Graham style, the beauty is in the details: the careful ministrations with an eyedropper, the bedroom filled with animal memorabilia, the saving of the single feather as a good-luck charm for the bird's return to the sky. Wistful and uplifting, here is a tale of possibility -- and of the souls who never doubt its power. In a spare urban fable, Bob Graham brings us one small boy, one loving family, and one miraculous story of hope and healing.